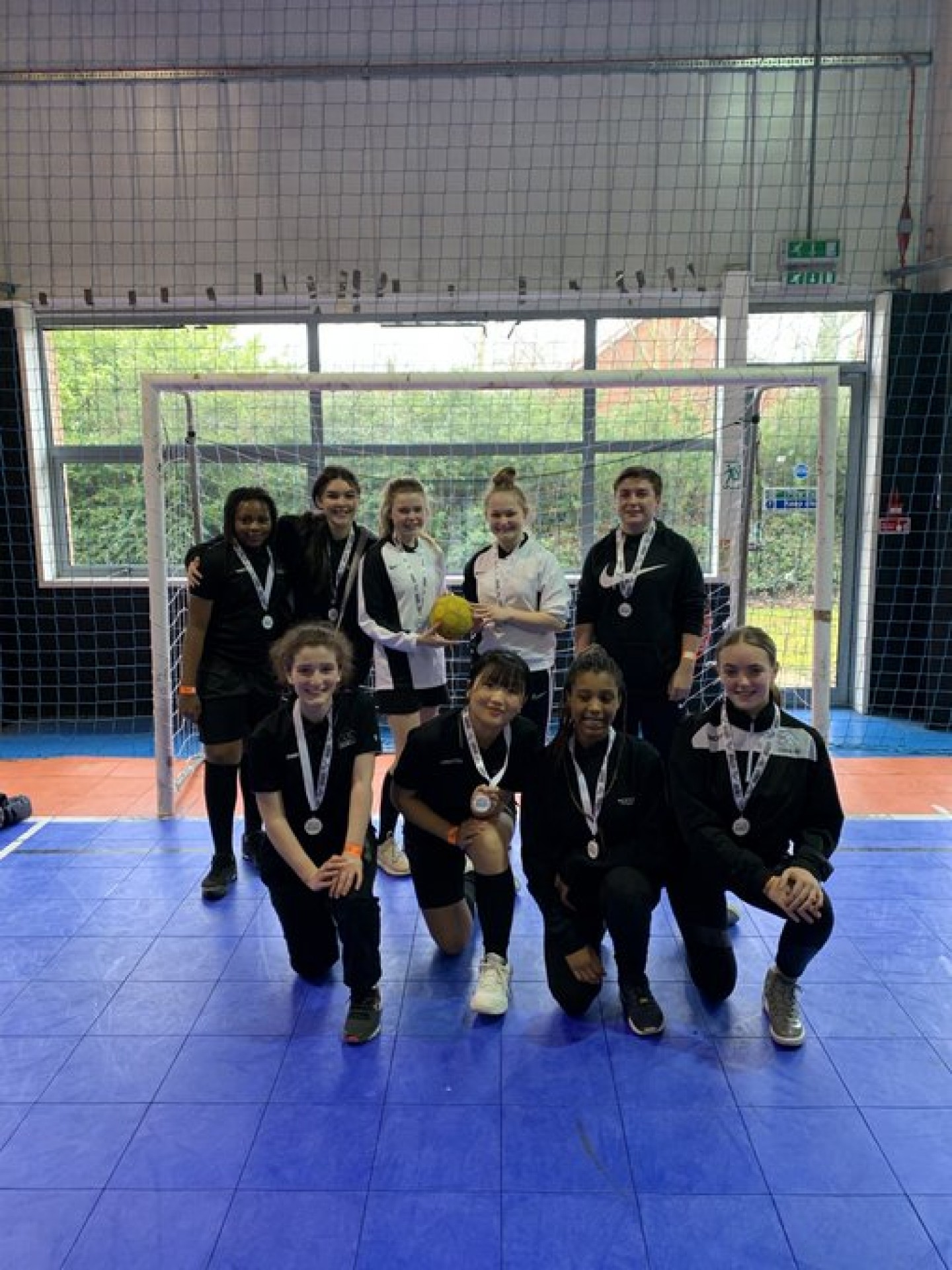 Well Done to our Handball Team

Outstanding performance by our Dame Elizabeth Handball Team at the School Games Girls’ Handball Finals. The girls walked away with Silver Medals – narrowly missing out on being crowned champions during extra time!

Well done team – you have made everyone at Dame Elizabeth proud. 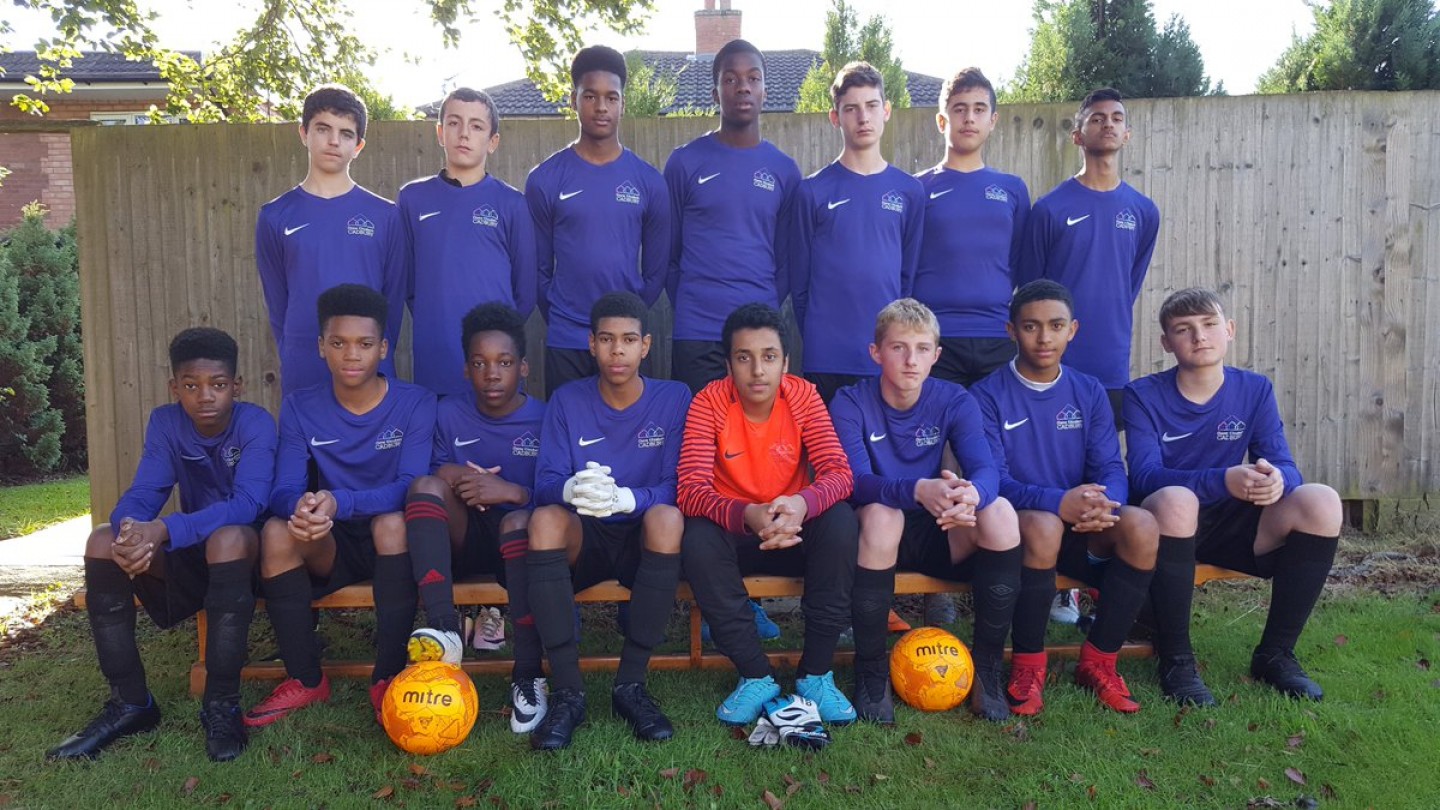 Well done to our fantastic Year 10 football team during their first two matches of the season. Great teamwork and resilience shown against John Henry Newman College and @ShenleyOfficial. Excellent prospects for the season ahead #DECPE#schoolfootball@FootballAssoc 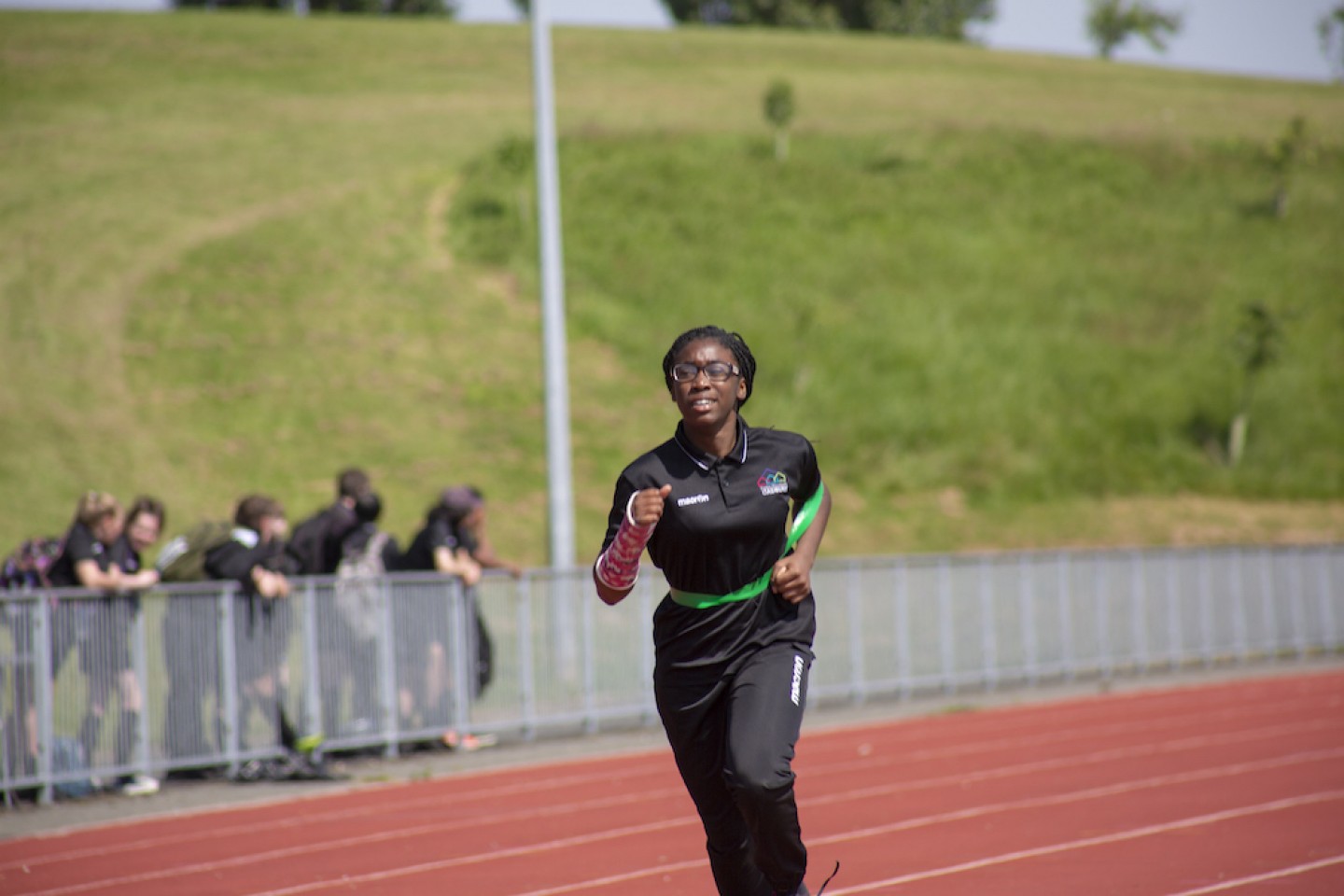 Thursday 4th July saw our annual sports day take place at the wonderful Abbey Stadium. A selection of photographs and a snapshot video of the day can be found below. 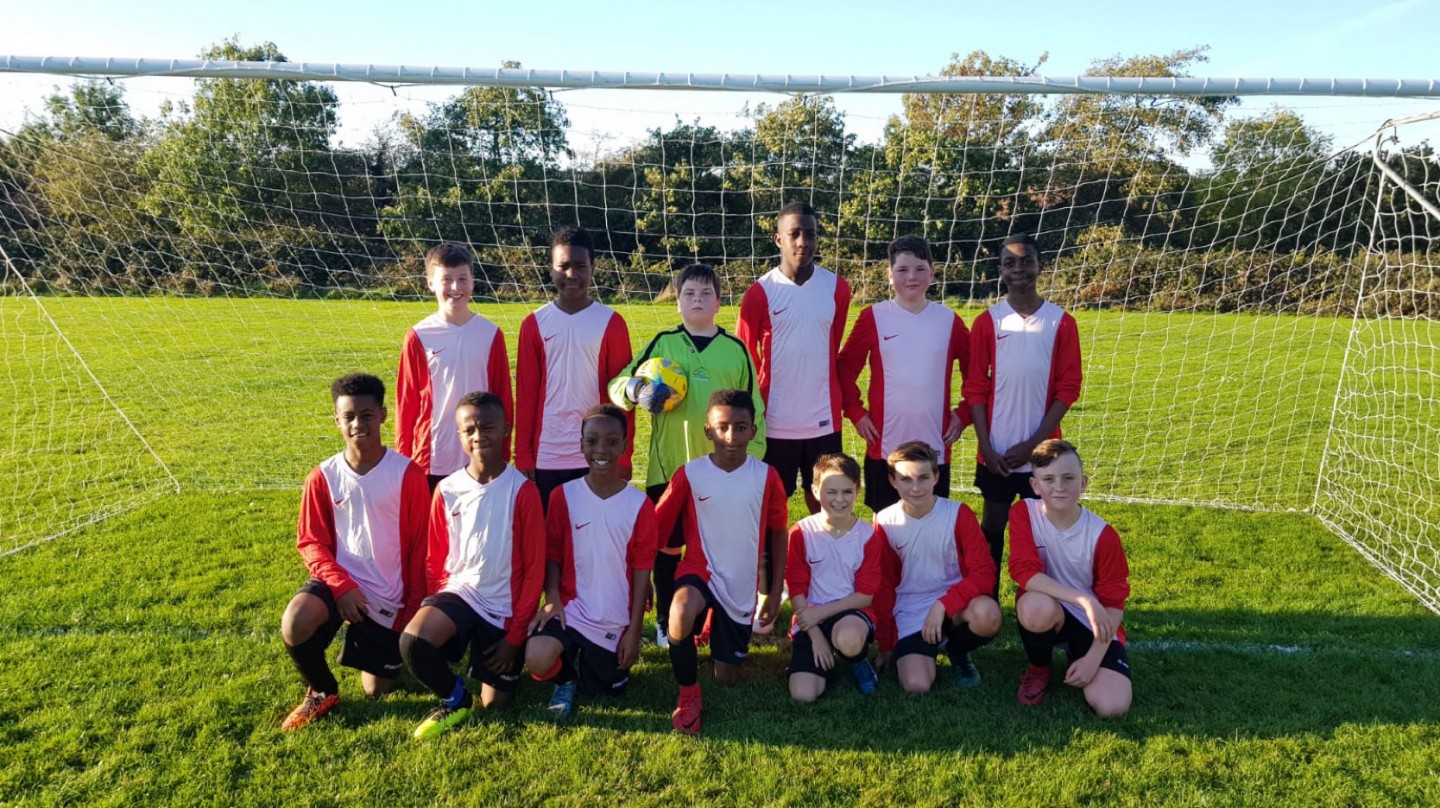 It has been a brilliant first half of the season for our football teams this year with some outstanding performances – a reward for the dedication to training that many our top players demonstrate. In their debut season, the Year 7 team have shown strong team spirit to record a series of stunning victories including a 5-3 win away against Kings Heath and a 5-2 cup win against Archbishop Isley.

The boys also made it through to the 3rd round of the Birmingham cup losing 2-0 to Solihull school. The effort, commitment and professionalism the boys show is a huge compliment to the school. Their team work has been superb in each every game, playing always in a high respectful manner with superb sportsmanship to all opposition. A huge thank you also goes to our sixth form sports academy coach Jamie McGrath, who was worked with the boys weekly since September and has been taking on the coaching opportunity provided with both arms.

In comparison, the Year 8 football squad has struggled to replicate the successes of last season with training commitment a big focus for the squad during the remainder of the season.  The first fixture of the year saw us battling hard against George Dixon Academy in a first round cup tie loss followed by some challenging fixtures in the league. However, often required to adapt to late squad changes the Year 8s who represented our school deserve huge praise for their commitment and endeavour in both games.

Team training has now finished during the off-season but will pick up again in the New Year in preparation for the remaining league fixtures. 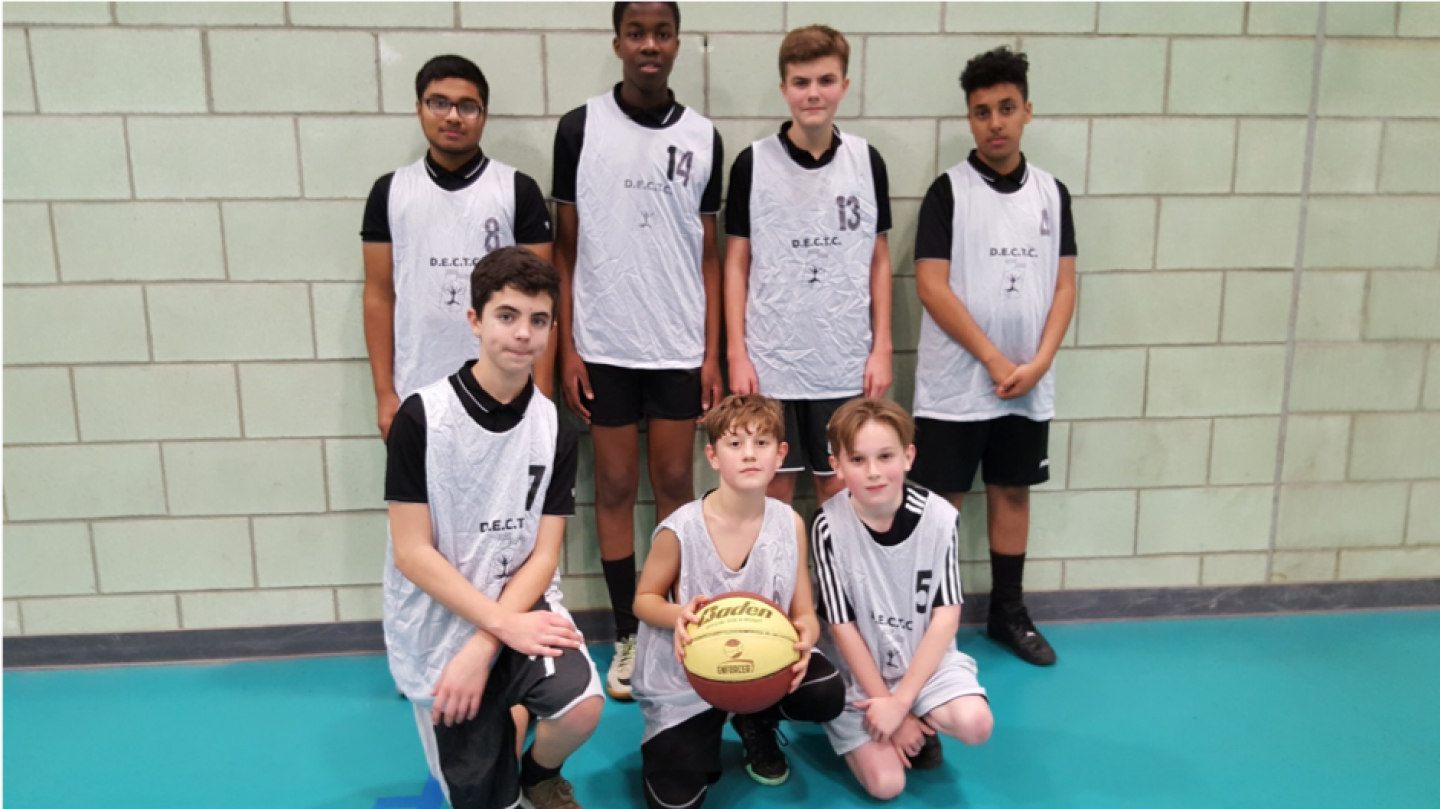 Our pupils have been attempting to slam-dunk their way to success this half-term with the excitement building as the season progresses for many of our teams. Each year group have been representing Dame Elizabeth Cadbury at several school tournaments across the region.

In Year 7, the boys have taken part in 4 games so far this season, which were held so kindly by Bishop Challoner. Showing huge commitment and effort, the boys narrowly lost 3 and won 1 game that evening. The games have provided the team with an excellent opportunity to meet students in other schools and they have all conducted themselves superbly and professionally in all games at all venues. Further league games are due in the new year.

On Thursday 29th November the Year 8 basketball squad travelled to Bartley Green to compete in a brilliant league tournament. The whole squad applied themselves terrifically meaning that on the night we played 4 and won 3 (Colmers, George Dixon & Bartley Green) losing to Shenley in a closely contested game. This is an excellent start to our season and will give us a good platform to build on for the remaining games. Equally, the Year 9 team have made a strong start with a win against St Thomas Aquinas and narrowly losing to Bartley Green 12-18. All teams have been bolstered by a strong determination for success during Thursday training sessions with Mr Hanson – we have very hopes for the season ahead! Back to the Blog

Maths trip to Bletchley today! Learning how to break the enigma code.